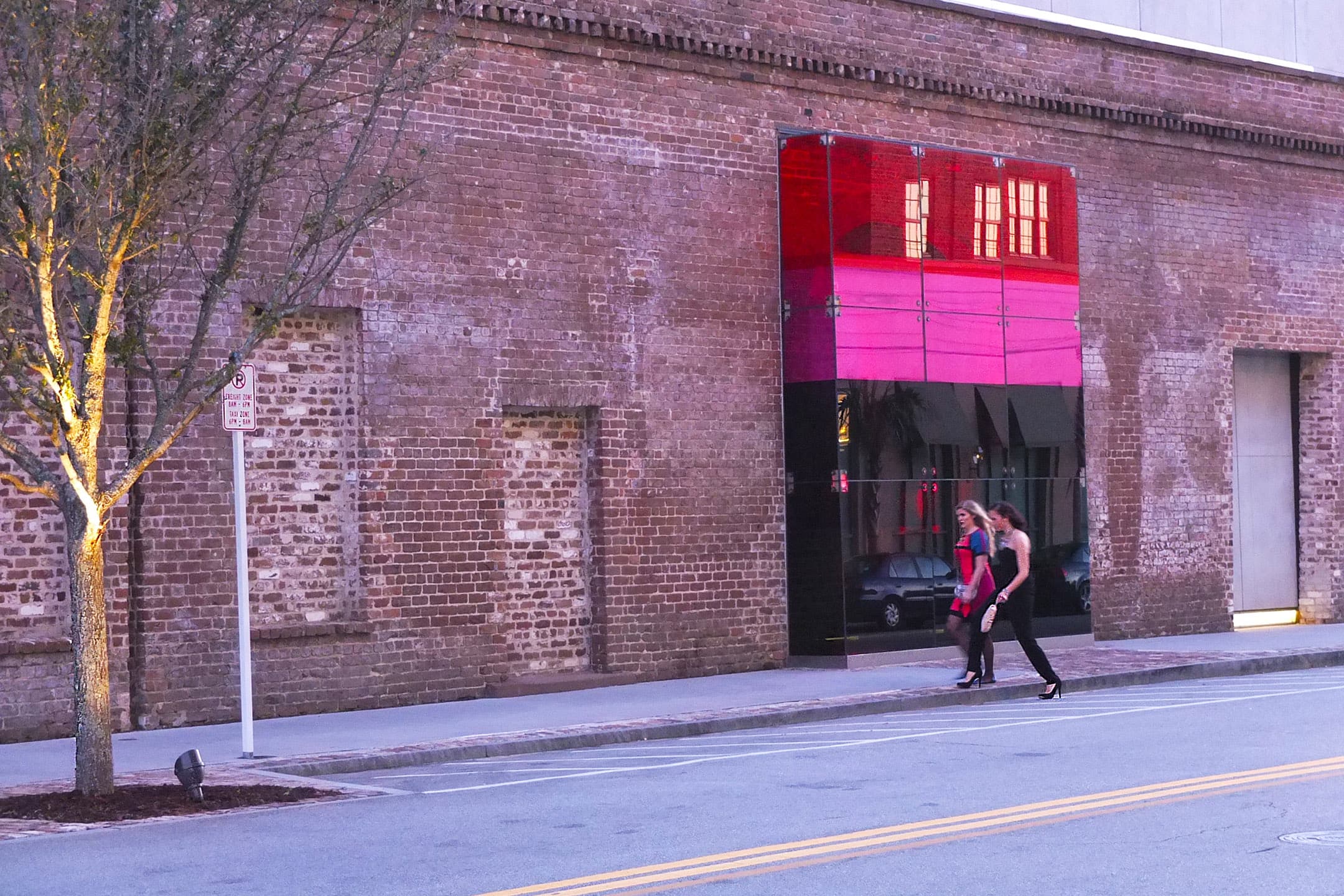 :mentalKLINIK as their name suggests do not attempt to return us to the regular, the normal, the sane or the rational. Rather, they attempt to reveal what our new order looks like: an altered-through-the- looking-glass reality.

:mentalKLINIK play with colorful reflective surfaces, billboard type signs and rhetorical operations to explore new languages and alternative textures of pleasure. By drawing on these elements as the subject and medium of their work, the duo appears to collaborate with the capitalist project they seek to challenge.

While candy colored reflective ‘paintings without painting’ abound in this show, the spectator is captured by a soundscape of ring tones and communicative alerts. The sounds in FOMO, a layered, subcutaneous noise sculpture, are designed to trigger the spectator into that stand by mode of attention that we all maintain now in relation to our gadgets – at any moment, we may be called – not by a person but by the machine itself telling us that it is time...time for a meeting, time to prepare for an event, time to take a pill, to leave the house, to exercise, time to set another alert.

The moving lights here are not refashioned, they are simply given a different context. They remind the viewer of the nightclubs, concerts and special events that employ similar lighting for entertainment, pleasure and celebration. In these settings the lighting manipulates the collective emotional state
of a group of people. As an artwork the robots function as actors set to a choreography that loops endlessly, a repetitive script that remains unfulfilled and unresolved. The lights are choreographed to replicate this shaky flirtation in computer programmed choreography.

With moving lights, the inhuman and emotional stand overlapped and reflect the ways in which robots are being designed to be relatable to humans. Attempts to replicate body language, sensation and feelings result in a playful and dynamic set of movements, reminiscent of play in contrast to the development of human interaction and interpersonal communication which has become increasingly mediated by technology.

In her text ‘On Special Occasions and The Time of The Objects’ Jack Halberstam offers an alternative route for those of us whose individual identities and social relationships have become violently transformed into immaterial capital:

THANK YOU FOR YOUR COOPERATION