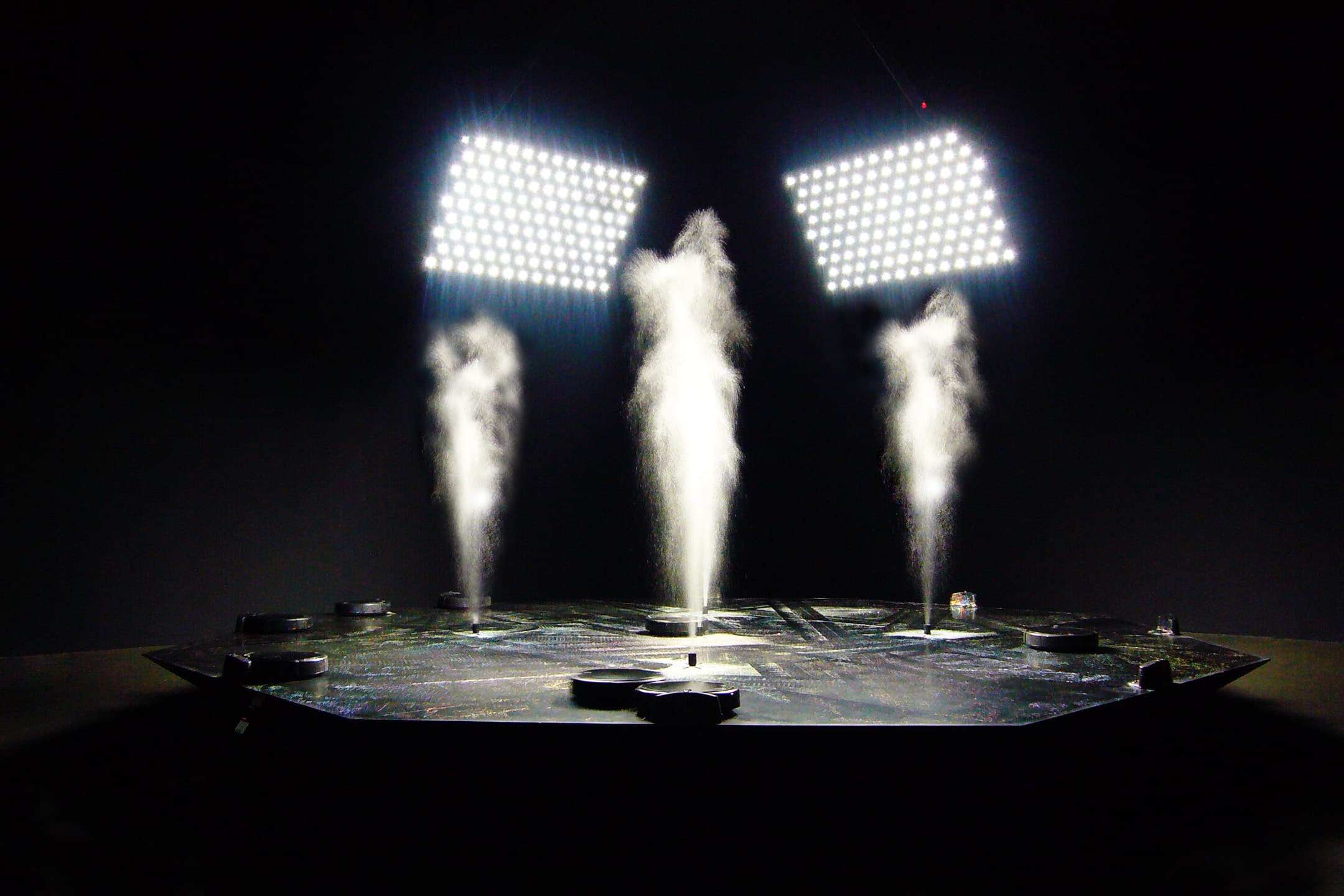 Idiocentricty of duty transforms whatever it encounters into an object of its occupation, while the idiocentricty of beauty transforms the onlookers into subjects mesmerized by its aura. While glitters are being repetitively ejaculated, the autonomous cleaners repetitively vacuum the residue of their ephemeral aura. When these two idiocentric conditions apathetically repeat their occupations in the “atmosphere”* of their constructed space,  they create the illusion of a frozen time –  a timeless repetition – desperately seeking to become a monument which is doomed to decay as soon as its orbit is displaced from its artificial atmosphere.

PuFF does not interact with its audience yet it achieves completion only if the audience flirts with the sway of its insignificance into significance, of its uncertainty into certainty.

Following the stance taken by :mentalKLINIK in its previous works, PuFF attempts to create an unidentified space, an indecisive zone and frozen time establishing various relations with materials and actions which construct an immaterial world.