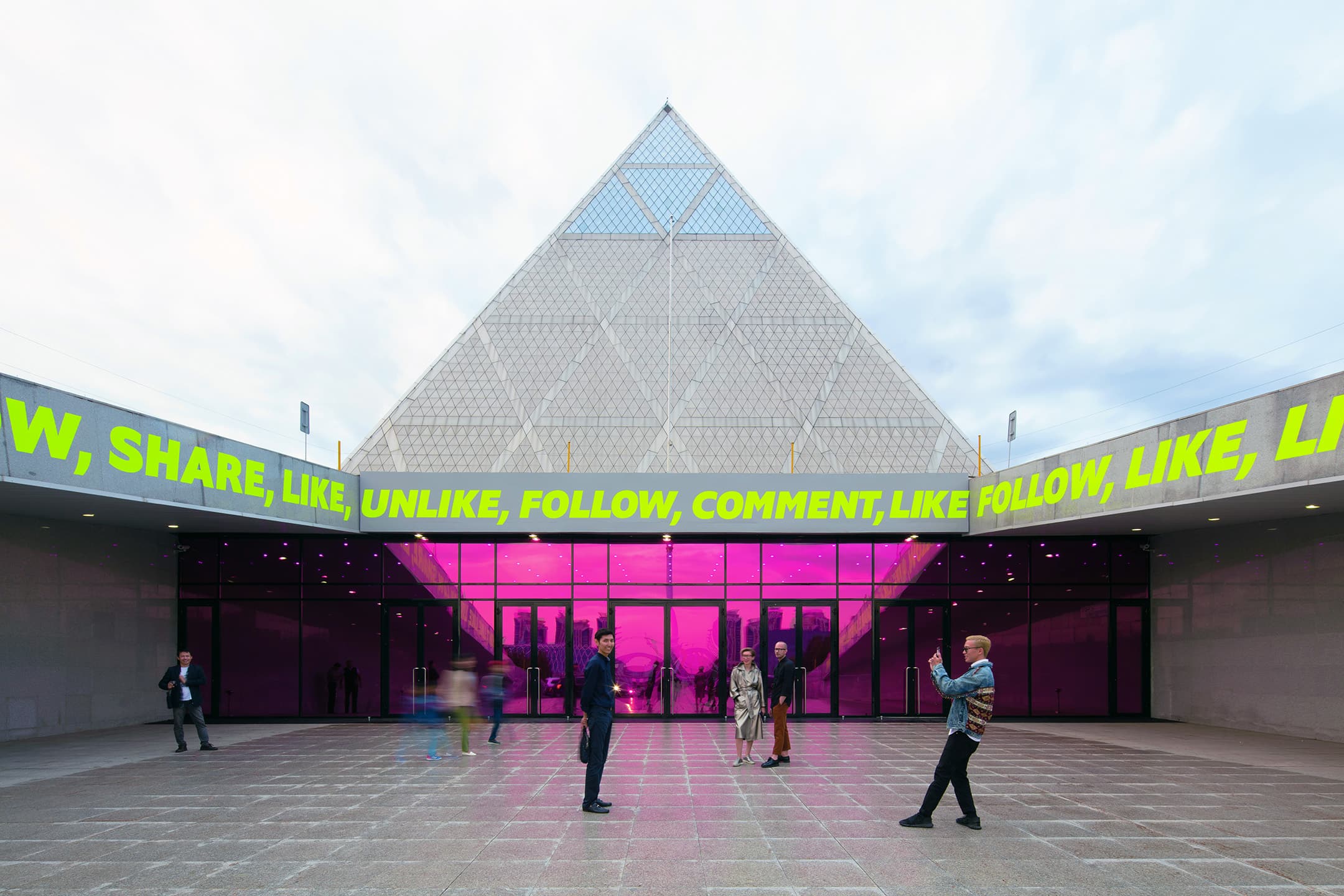 RACING THE GALAXY is the very first international exhibition in Kazakhstan, bringing together around 20 artists from 15 countries, enriching each other and creating a new intercultural dialogue. The exhibition convenes all artistic mediums to emphasize the impermanence of social, political, economic and aesthetics rules, reflecting on transitions, displacements and mingling, as an echo of the heterogeneous culture of Kazakhstan which is currently experiencing a period of total reinvention and unbridled creativity.

The word “Kazakh” appeared in the thirteenth century in a Turkish-Arab dictionary to signify the “free man”, the “wanderer” (nomad) or the “exiled”. The “Kazakh” meant a free individual who had left his people for freedom. The spirit of nomadism and freedom shared by these artists is the guiding thread of the exhibition which aims to raise awareness on the dissonances of a changing world and its contemporary mirages.

RACING THE GALAXY deals with the gradual dissolution of dichotomies between East and West, in the era of global communication and the confrontation and melting of cultures, referencing the idea that artistic forms travel, mingle and enrich each other, from one continent to another. Dislocation is the event that affects contemporary space. Nothing is independent, nothing is fixed. Dispersal movements, displacements become a way of thinking. Built around the concepts of instability, change and mutation, RACING THE GALAXY brings together experiences, territories, continents and people. It constantly reveals the ambivalence of migrating artists and motionless travellers, always taken between different states, different positions. The exhibition embodies the plurality of the contemporary artistic scene facing the new challenges of our contemporary world such as globalization, multiculturalism, identity, gender, minorities, the quest for the future, the instability of perception and preconceived ideas as well as the appropriation of history.