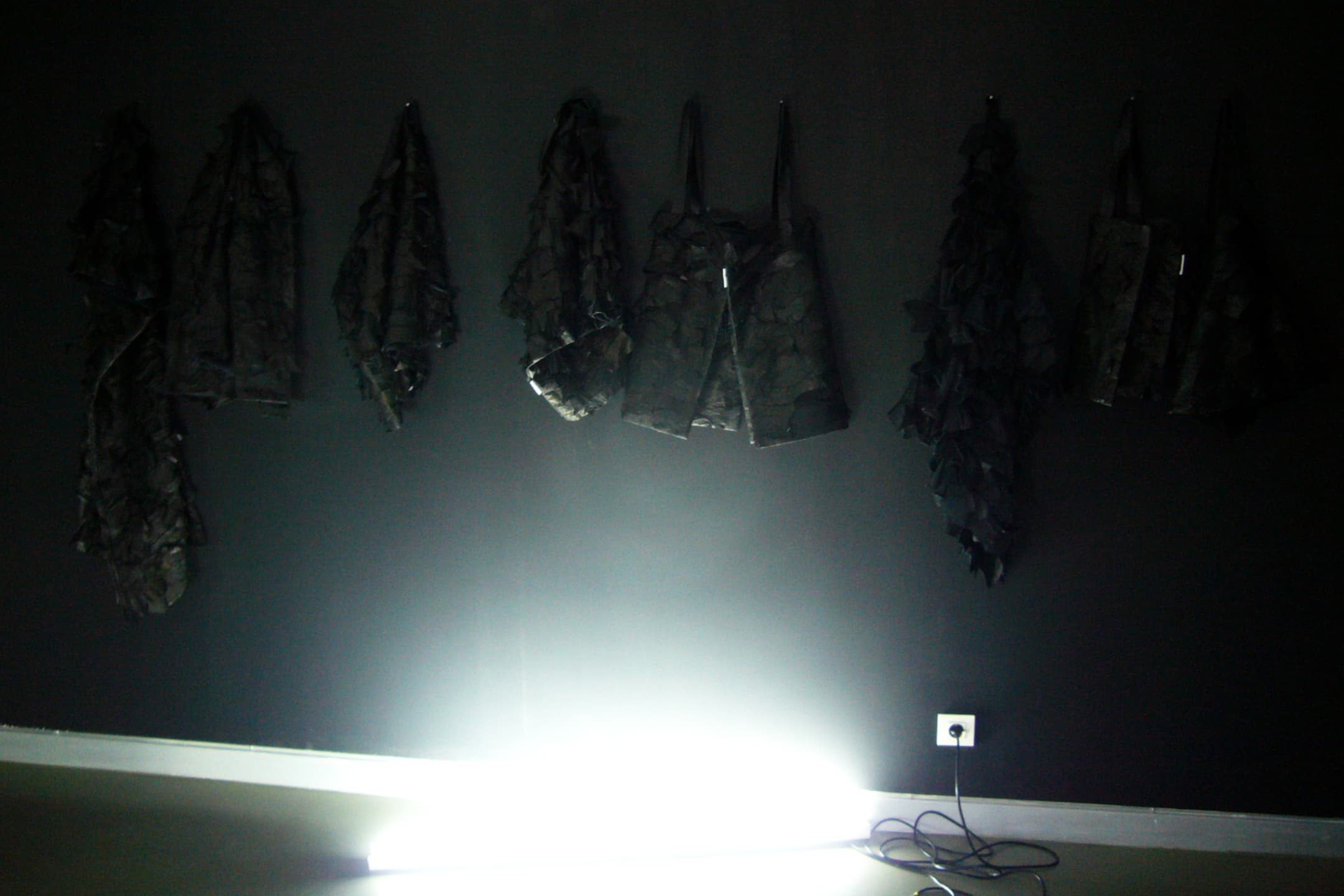 semi:mentalKLINIK is neither a shop nor a gallery but rather a space that brings the two together under a common denominator. Thus, both the transient and the enduring meet with :mentalKLINIK’s concepts of time and space.

:mentalKLINIK presented two shows of Joel Andrianomearisoa titled THE EPHEMERAL BOUTIQUE and BLACK OUT under semi:mentalKLINIK in its own space.

BLACK OUT / BLACK OUT WILL BE AN ENIGME, A SURPRISE BLACK WALLS /
BLACK LIGHTS / BLACK THINGS FOR A LOTS OF SURPRISE
SURPRISE : THINGS / MATERIALS / IMAGES / LIGHTS / OBJECTS / PIECES / SENSATIONS /// NO DEFINITION
BLACK OUT IS NOTHING AND EVERTHING
NO LIMIT / DARK /
THE END OR THE BEGINNING ?
THE FIRST OR THE LAST ?

semi:mentalKLINIK realized its first project in 2004 with Joël Andrianomearisoa's 2004 summer collection entitled 'la boutique éphémère'. Joël  Andrianomearisoa defines his project 'la boutique éphémère' as an installation, a staging, and a boutique at a certain place and for a limited period of time, where one can get various things such as dresses from his 2004 summer ready to wear collection or dresses produced in a limited edition for his istanbul show. the 'Ephemeral Boutique' was open between may 30- june 12 at :mentalKLINIK. 'dinner by bobo paris', another installation by Joël Andrianomearisoa, which he calls 'an installation based on smells', was also exhibited there. 'la boutique éphémère' - The Ephemeral Boutique was made possible with the support of the İstanbul French Cultural Institute.