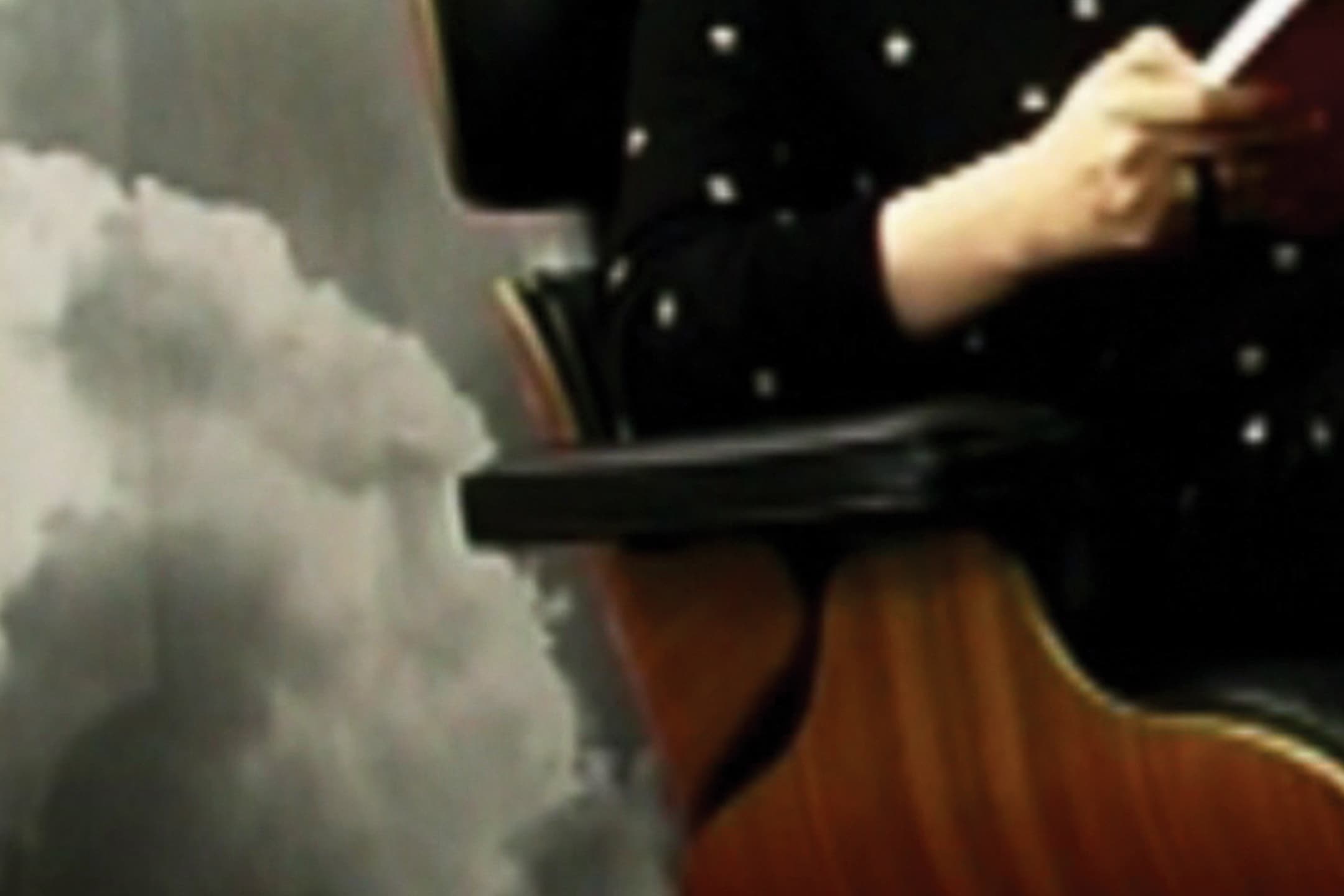 :mentalKLINIK preferred to make a dialogue with Seçil Yersel and HaZaVuZu within a monologue, by making a fictional monodialogue as a way of relating with the two participants and the moderator in “Contemporary Art Debates”.

A “state” of :mentalKLINIK which oscillates between to-be-understood or wish-to-be-understood and their opposites. This work was prepared for “Series of contemporary art debates 10”, it desires to cause an interruption and occupation in the encounter of audience/spectator and speaker-even it is not physically present.

MonoDialog Liquidware 2.1 :mK version was produced as a “work” which reproduces the forms of relations within its own specific understanding of time and space.

Its non-operating, autonomous processing structure is the distinguishing characteristic of the MDL 2.1 :mK version. Befitting its particular purpose, it possesses a specific structure. It has human failures and irregularities. It does not have a defined mission, order or timing. It neither belongs to any institution, nor does it bear any possibility for institutionalizing. It takes initiative, yet it in and of itself is not an initiative. While enabling the adaptability of hardware devices, it may restrict the possible methods for its users’ actions or it may create as yet unforeseen liberty. These liberties are stored within the concentration of pleasure smoke and kept in permanent memory, when the institutional collapses.

MDL 2.1 :mK enables more than one operation simultaneously. While the impossibility engine in kerne is taking the full advantage of open source structure, MDL 2.1 :mK adopts disadvantages against itself as destructive-and-reconstructive strategy. Its operating algorithm enables the symphonic interplay of actions, momentary peeks and shots define user tools. Limited responsible usage of a library of arbitrariness enables consistent and stable irregularity. Thus the pursuit of processes requires not only user participation, but also submission to a tolerable extent. The submission representation converter arises from hybridization of digital-analog converters with artificial intelligence applications.

Calculable and incalculable errors supported with hardware components result in temporary stuck, freezes and leaps. These time-space stuck are directed to output devices by expert operators. When outcomes are analyzed, cross sections and frozen processes show themselves as critical productive experiences. Time-space paradoxes have references to a multidimensional world of live visuals and wander-able moments.

Intersected data of nervous network which have galactic impacts -yet imprisoned to one point-are dead born technologies of MDL 2.1 :mK version’s nebulous memory. The absence of function is uselessness as absence. It marks itself with its absence and it gains a function in and through marking. This depends on the wealth of donated data. Intersection and co-existence of network and counter-network results in the working of the version, both as an operating system and as a malware. Thus, instead of defining such a fluid software as an operating system, it is better to define it as an oscillating system. These oscillations result in the hovering of manipulative functions between being loyal to pattern structure and subverting it. Selectable parts of the software plant its own wills, designs, digital dreams and hallucinations onto these pixel fields.

The kernel of MDL 2.1 :mK are designed and modeled with respect to mercury molecules. The fluid metal kernel model does not only enable a unifying magnetic field and is susceptible to encounter or transition, but also preserves its singularity. Shell is structured with the capability to have unsustainable attitudes, which are placed in a spectrum between commanding and fascinating. The interfaces which accumulate, pinched in, twisted, twirled onto this structure and forced into two directions exhibit an appearance that is counter to the natural order of things. Needless to say, they are artificial. Yet these dynamic interfaces, with their unbending lawlessness, play hide-and-go-seek with subjects with the expressions of taking a stand, a position, uncontrollable and unruly techno state of mind. This ritualistic relation where the one who sacrifices the excess in stead of the winner indicates a revolution in daily life. Consequently, there arise realms on which data are thrown into air, burned, sacrificed and poured. In this manner, MDL 2.1 :mK  succeeds in transforming into an intermediary which enables one to receive a gift on her birthday.

The server-client structure of MDL 2.1 :mK version is defined with contexts, not with geographies. Local area networks are placed into these contexts. This structure, far from impositions and directions, is secured from the intentional pessimism of fetish-izations and pornographic appearances -without forgetting that data are wet with some climates’ rains, yet those raindrops are made up with acid components. Creation of portable climates against the risk of “homelessness”, is thought to be an exhilarating element against the overcharges of the processor.

Profiles are not quantified when users and system administrators are defined. Thus displacements, hidden presences, binary occupations and bad wills cannot be blocked since it is not configured in the default setting of the firewall of system. However, such permeability enables software to practice its own intentions. Spectator mode does not permit the preservation of distance; such connection attempts are dried in order to annihilate anything to watch. Software, with its code structure, which self-ruling, yet does not restrict the possibility of temporary and principled unions, does resist to any illusion of mutual and operational democracy.

The MDL 2.1 :mK interface includes a  tool palette in which rule-breaking is defined as rule-less. These tools, which can be considered on many layers, stand out not only with their functions, but also specifically with their accordance and discordance during the usage. Tools, which are used in order to transform, vaporize, blur, freeze and melt the form, show activity on the level of interface. While supplementating, subtracting and labeling tools relate objects with each other, they transform and rupture some relations. Coding, distorting and mixing tools are arranged with non-linear algorithms, thereby allowing the structure to set rules onto itself. Manipulation of user-user, user-object and object-object connections may then be possible.

MDL 2.1 :mK establishes its relation with visual-audial spaces without abusing the possibilities of control. With its anti-control mechanisms switched to iq***b phase, it acknowledges possible realms of freedom for short circuits and eternal circles. Trojans, viruses and worms that are uncontrollable to the extent that they do not control, grow in the ecosystems among the feet of microchips. With its iceberg model that invites underworld powers, MDL 2.1 :mK effaces itself under its visibility by forming a different realm.

Present production that you watch/ read, looms large with its utility. However, it is a fictional source due to its usage being defined with the user. This thin, yet tense line finds itself a ground in the complicated relation that subjects on-a-knife-edge establishes with the reality. As a result of oscillations between simulation and representation, abstract and concrete, reality and illusion, an excursion beyond-disciplines is a kind of production that can not be disciplined. It is expected that such an activity gain value thanks to its place in the network, its relations and its effort to integrate its fragmented body.

In fact, none of these are intentional attitudes.